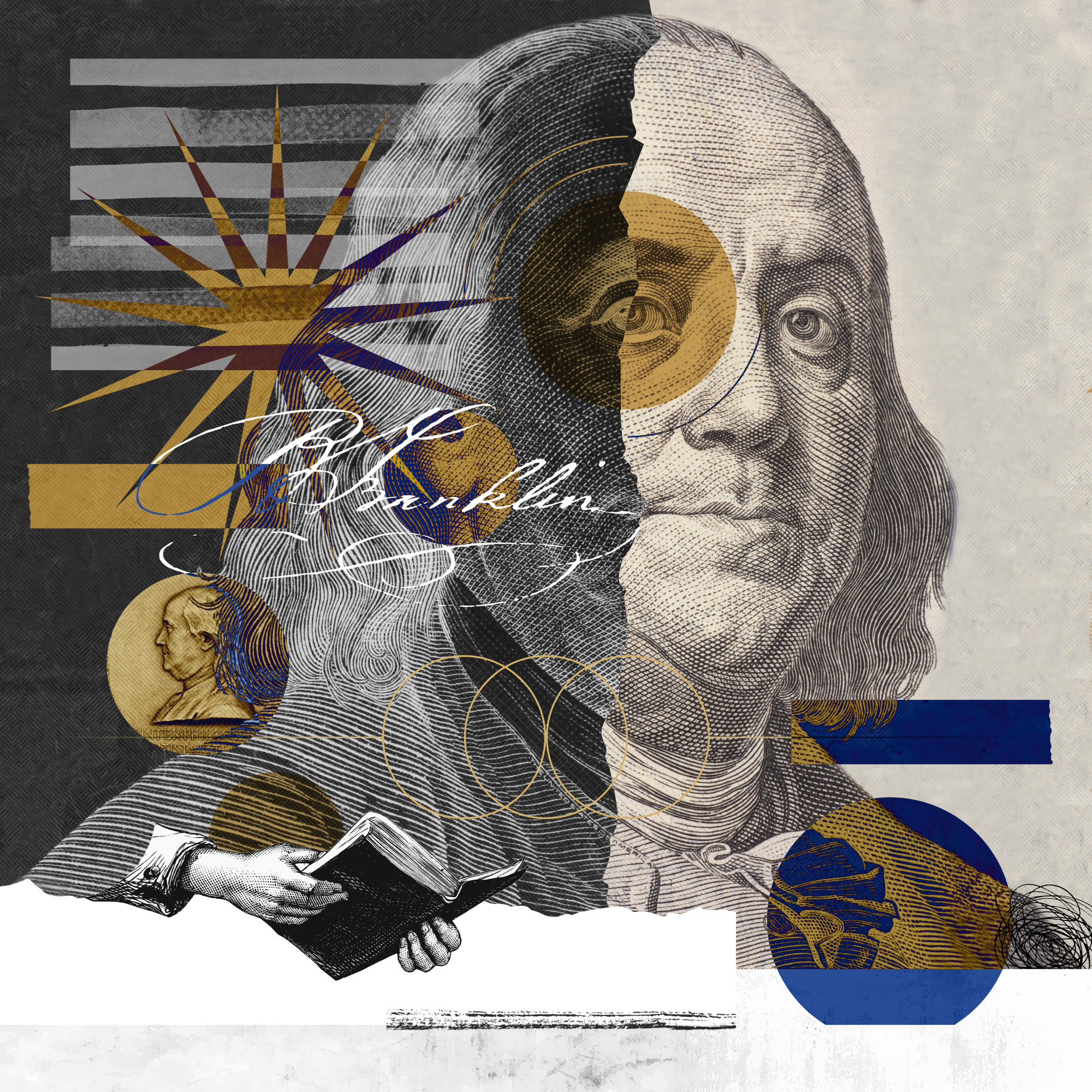 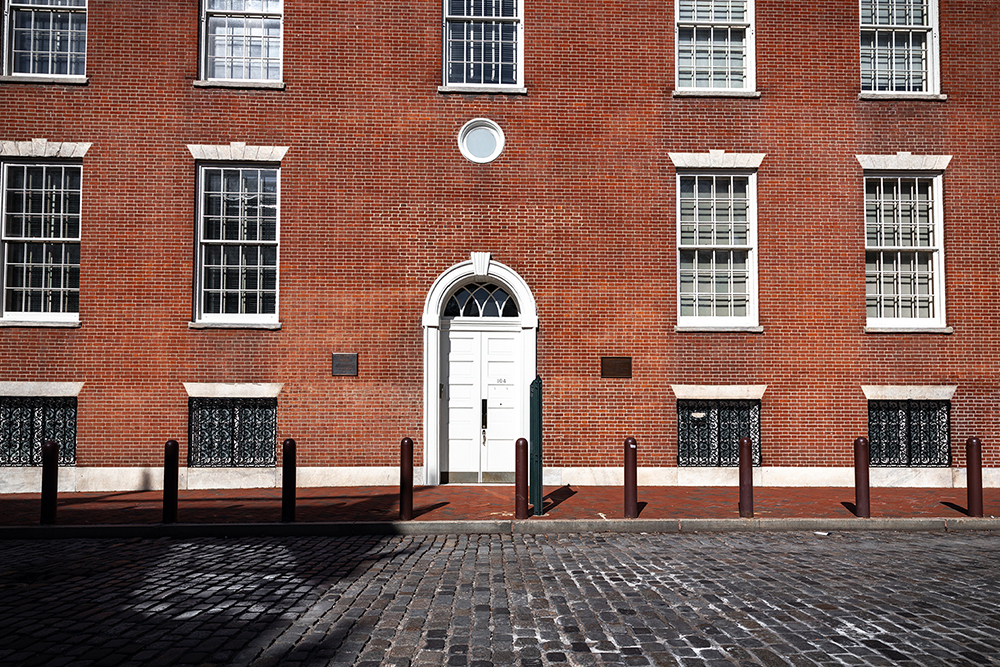 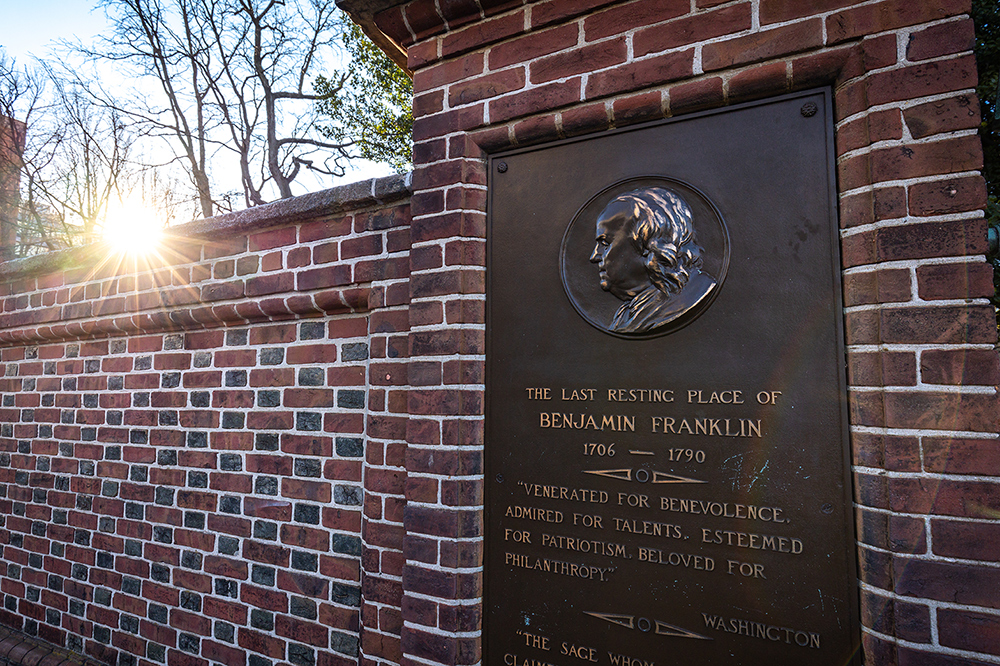 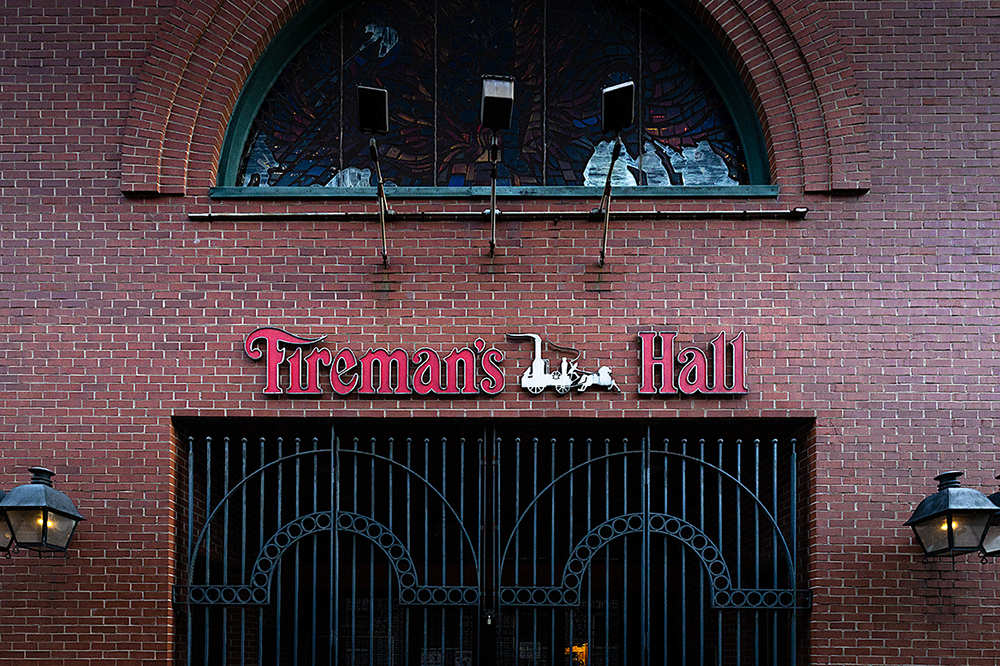 Learn about the origins of organized firefighting. 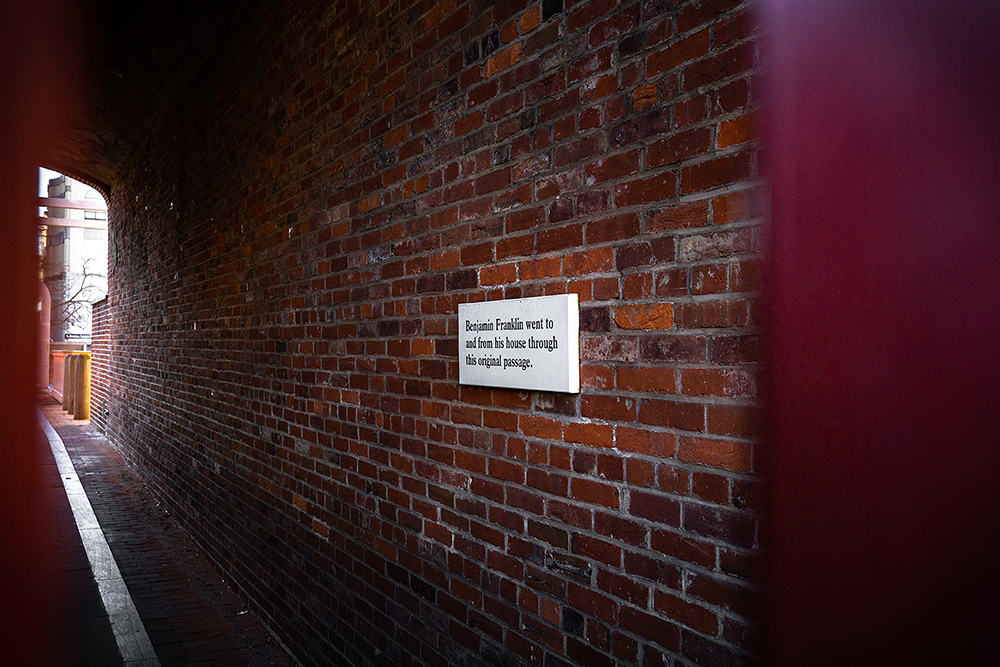 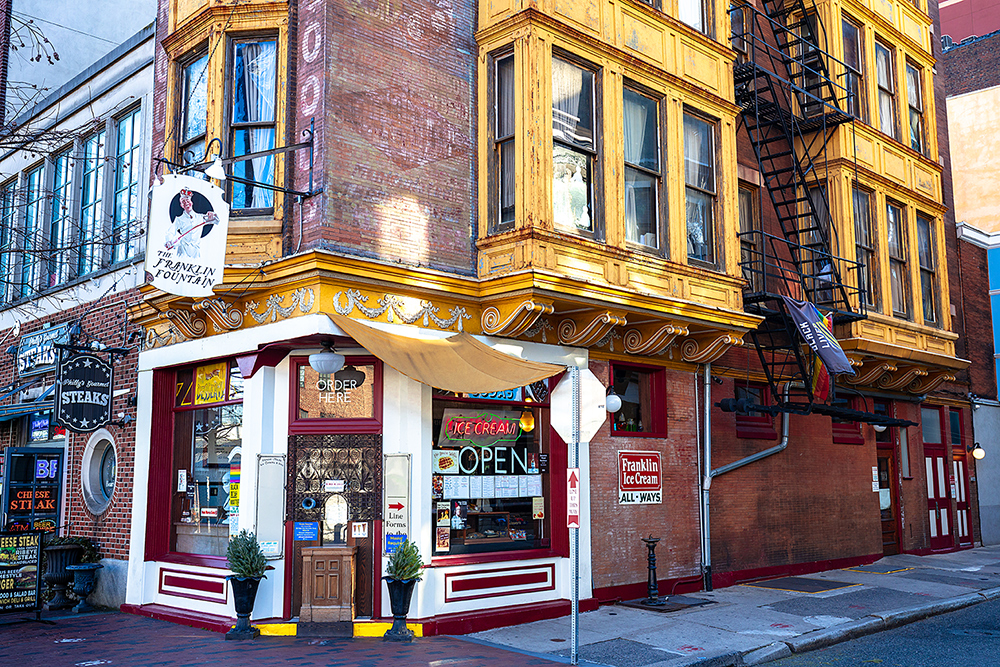 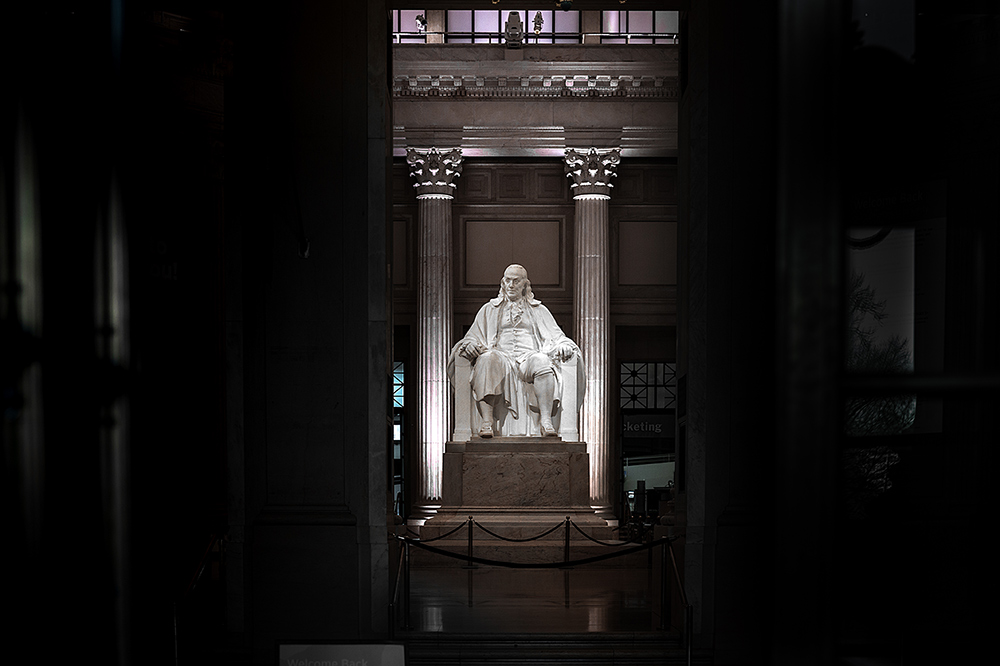 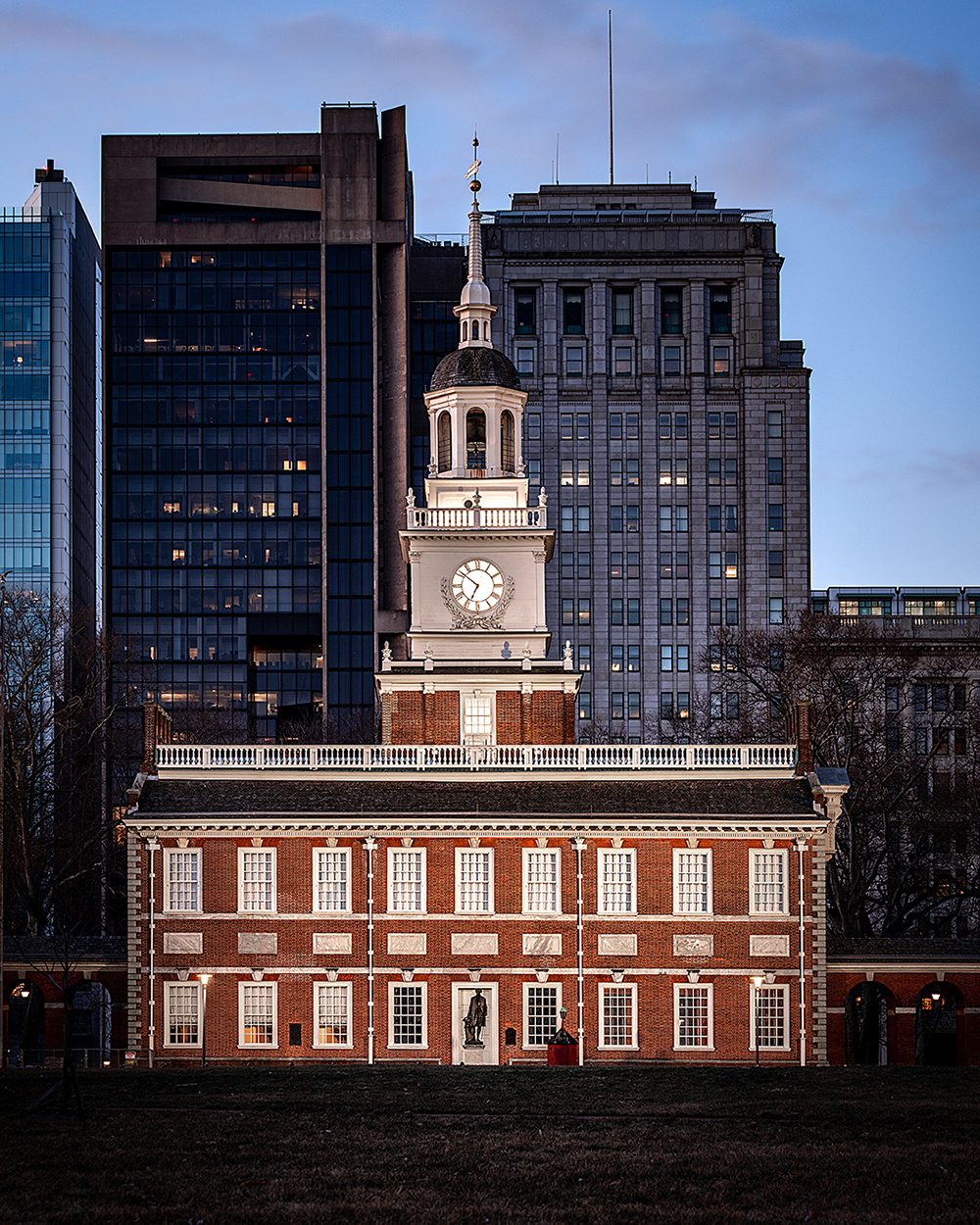 The birthplace of the United States. 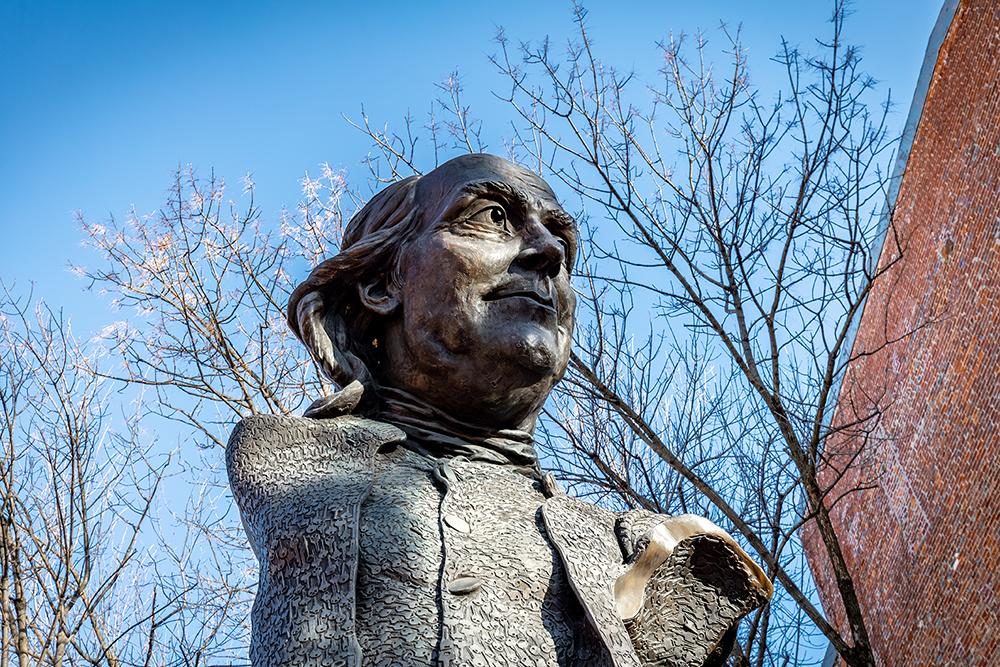 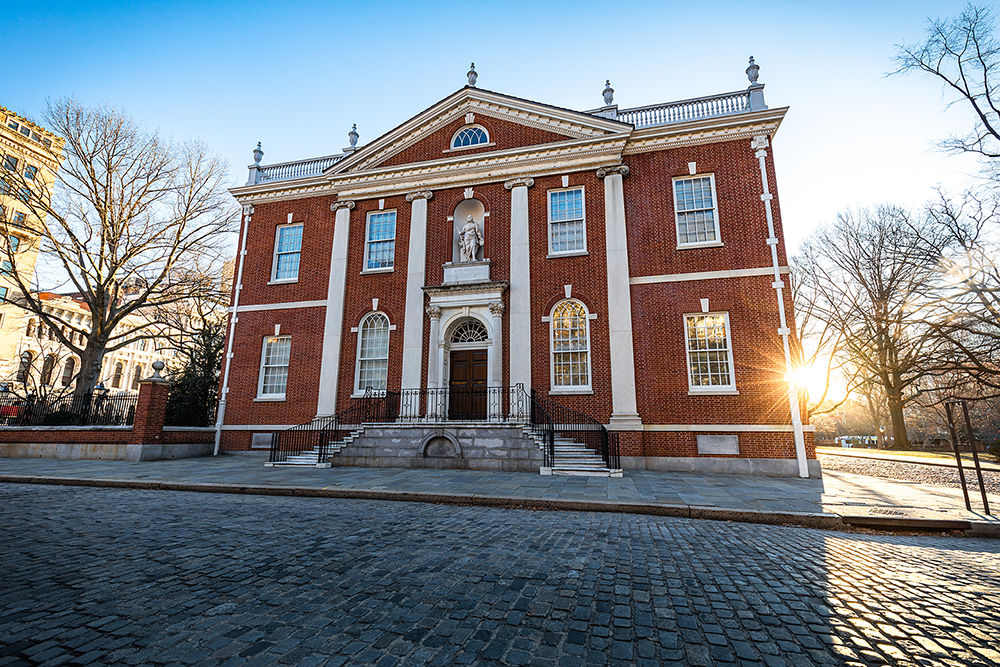 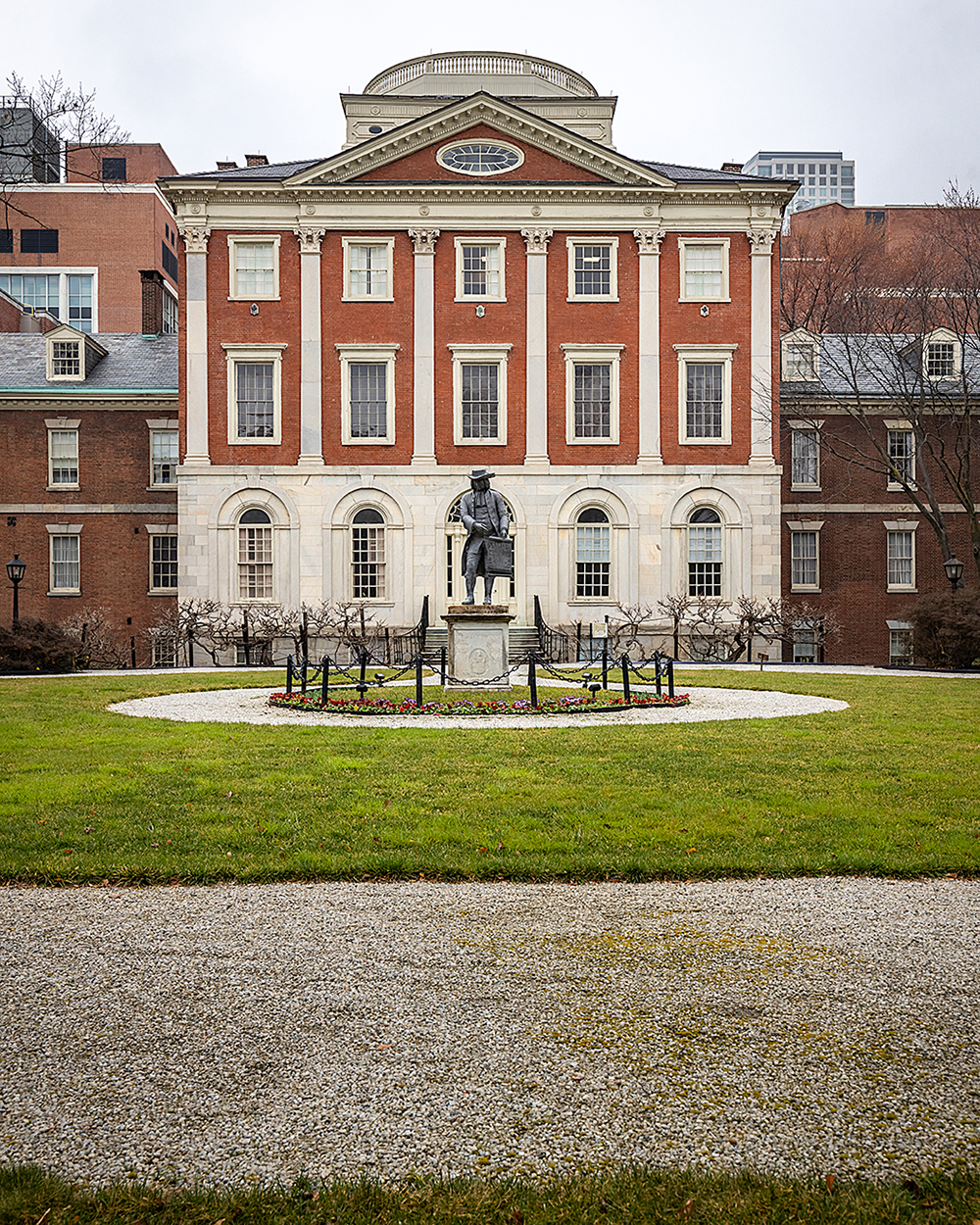 The man we now know as one of America’s most illustrious Founders – and the face of the one-hundred-dollar bill – was guided by faith in God and the requisite duty to do good to others. This trail will guide you through locations where you can learn more about Franklin’s life, as well as some of the civic institutions he founded for the common good of all.

FROM FUGITIVE TO FOUNDER

Benjamin Franklin was a printer, journalist, inventor, scientist, and statesman, but also the consummate rebel. He arrived in Philadelphia in 1723 a fugitive, on the run from Boston after defaulting on his indentured apprenticeship to his brother. Notably industrious and talented, the young Franklin soon made his mark on his new city by founding the Library Company, The Pennsylvania Gazette, and the Union Fire Company.  Although he had renounced his strict Puritan upbringing, his belief in a God that inspires virtue and good works was a driving force behind his ethics, politics, and philanthropy.

By the time Benjamin Franklin sold his printing business in 1766 to devote his life to public service, he had become wealthy, due in part to publishing advertisements for the sale of or capture of runaway slaves. But his thirst for knowledge and self-improvement eventually led him to see the immorality of slavery and to work for its abolition.

As a civic patron in Philadelphia, Benjamin Franklin helped establish the Pennsylvania Hospital and the Academy and College of Philadelphia (later the University of Pennsylvania). He then left for London to serve as Pennsylvania’s colonial agent in the imperial capital. It was his time in England and experience with Parliament that eventually led him to embrace the idea of American independence.

Upon his return to Pennsylvania in May of 1775, he was selected as a delegate to the Continental Congress and later assigned to the committee that drafted the Declaration of Independence. Franklin famously edited Thomas Jefferson’s first draft by striking out the faith language of “sacred and undeniable” replacing it with the philosophical Enlightenment term “self-evident” at the end of the famous phrase “We hold these truths to be…”.

Twelve years later, Franklin served as a delegate to the Constitutional Convention and famously called for the group to begin each session with prayer for Divine assistance and blessing in their task of framing the new republic.

He also joined and eventually became president of the Pennsylvania Abolition Society and lobbied the new Federal government to end slavery. He was a man committed to exemplary virtue through action, and to the belief that all men are created equal.

I believe in one God, the creator of the universe. That he governs it by his Providence. That he ought to be worshipped. That the most acceptable service we render to him is doing good to his other children.

Letter to the Rev. Ezra Stiles