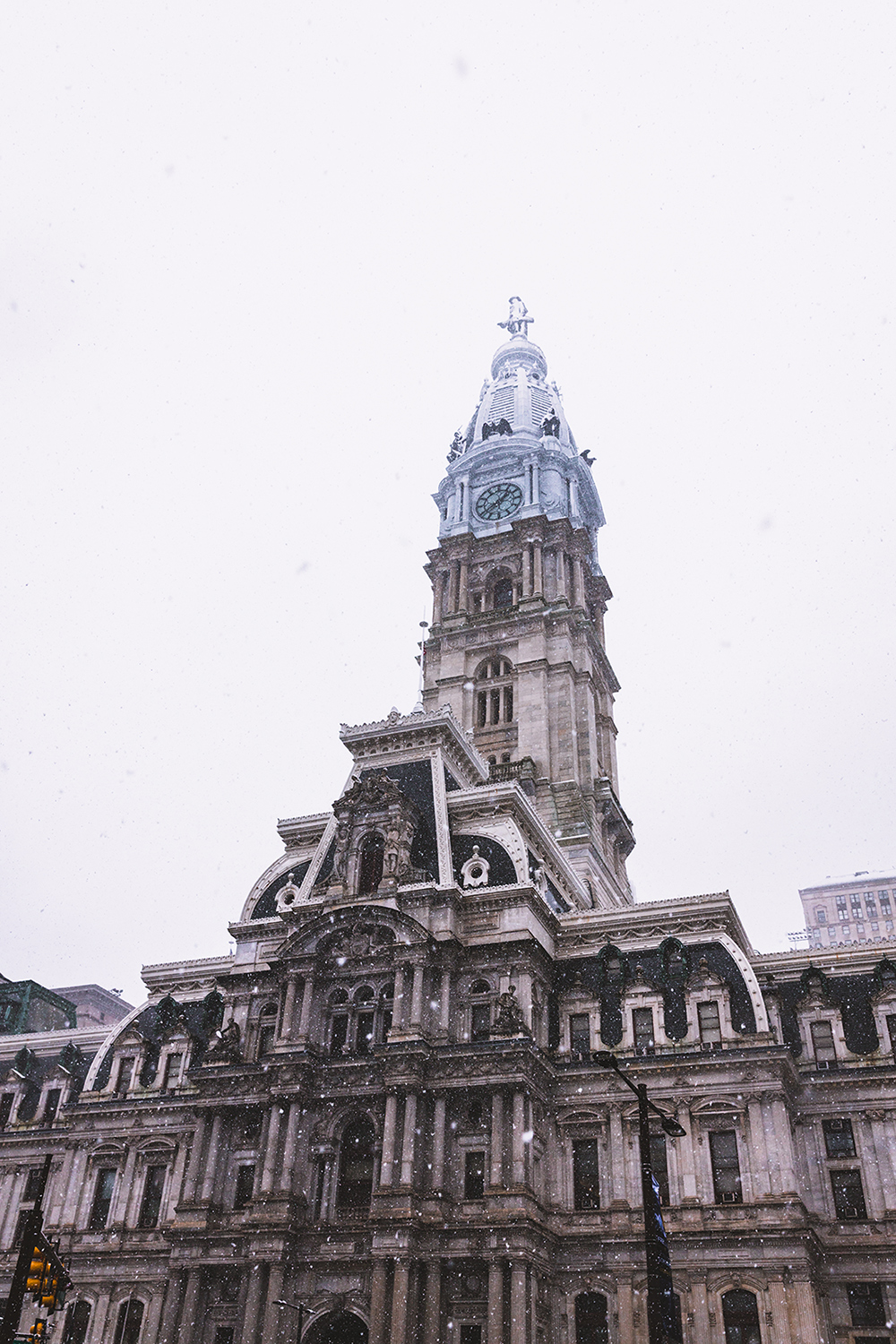 Watching over the city he ideated from the top of City Hall’s clock tower, this 37 foot bronze statue of William Penn by Alexander Milne Calder was installed in 1894 and weighs 53,000 pounds. For over a hundred years no building was allowed to be taller than Penn’s hat, until 1985’s LIberty Plaza was approved.