Home of the drafter of the First Amendment 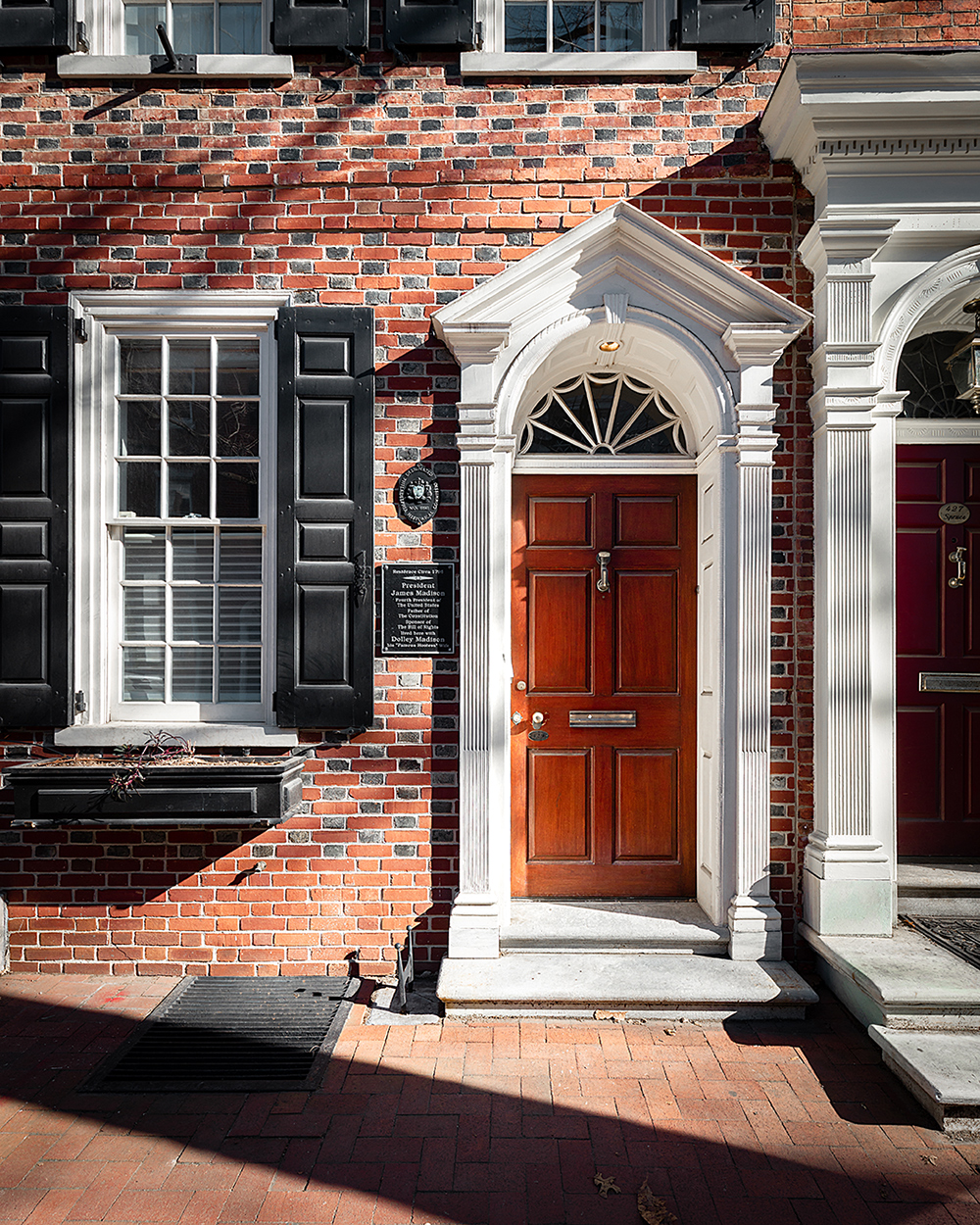 In this house, the “Father of the Constitution,” James Madison, lived from 1794-1797 with his new wife, Dolley, while serving in the U.S. House of Representatives. Madison's Princeton College classmate and friend was William Bradford, son of the Philadelphia printer. Two decades earlier when in his 20s, the future drafter of the First Amendment had expressed to his good friend and future attorney general of the United States, a hope that Madison’s native Virginia would soon enjoy the freedoms of Pennsylvania. As history turned out, Madison was the agent to make his own hope come true.