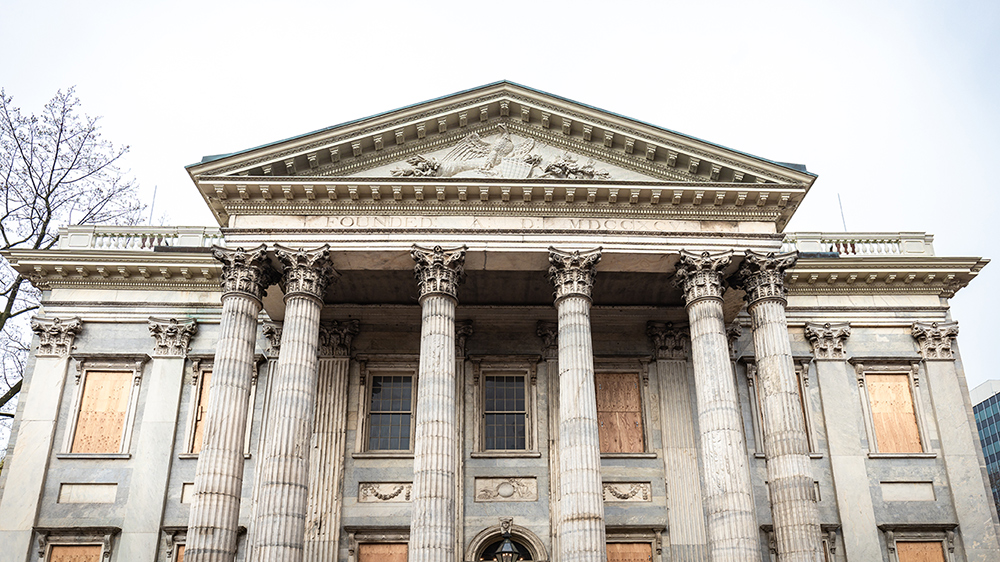 Established by Alexander Hamilton, the First Bank was proposed to consolidate the nation’s war debt and strengthen the fledgling financial system. The building has been described as “an early masterpiece of monumental Classical Revival design”. What does it have in common with Christ Church? Find its highest point for the second half of your first clue.